Boston Angel Bootcamp was well worth the time to attend.

Sim Simeonov presented an analysis of angel investment outcomes.  The net is that most angels lose money but a small number do very well.  The difference between losers and winners seems to be that winners make a lot of investments; ie portfolio theory applies to angel investments too.  In addition, he recommended that in order to improve deal flow, an angel should get a reputation for making fast decisions and should be able to drag additional investors along for the ride.  I'm sure I'm misrepresenting a lot this, so I'll be waiting for Sim's blog post where he explains it in more detail.

There was also an interesting discussion of the problems with convertible notes.  John Landry of Lead Dog Ventures said that there is a chance that followon investors would not honor the conversion discounts (which prompted audience comment that it was the entrepreneur's responsibility to protect current investors in subsequent rounds) and that the typical 20% conversion discount is inadequate compensation if the note is held for more than a year with no conversion.  John says angels should do the work to put a valuation on the company and should take founders shares.  John also advocates taking a board seat and being very active with one's investments.

Recorded video of the sessions:  http://www.ustream.tv/channel/angelbootcamp

Slides for additional presentations from the #angelbootcamp twitter stream:


Also: Good summary at xconomy:
http://www.xconomy.com/boston/2010/06/02/calling-all-angels-experienced-aspiring-angel-investors-confer-in-cambridge/
Posted by XM Blog at 10:35 AM 2 comments:

I passed on a deal this week because the terms were bad.  It was a seed stage deal, I like the entrepreneurs, the technology was cool new stuff invented in a university, and they seemed to understand the landscape well enough that I was willing to break my "no pre-revenue" rule and my "no hardware" rule.

When I asked about the lack of a discount, they told me they had their agreements done by a Silicon Valley law firm, and this firm strongly advised them to not offer discounts since A-round investors would push back on the discount and make it harder to raise the next round.  I explained that without the discount, there was no risk premium to justify investing now versus investing later.  Their hands were tied since they had already closed money under these terms, so we parted ways.

So now I really want and need to know if A round investors make a practice of crushing convertible note investors like this, or if this is an echo of deals done after the dotcom crash?  Were the entrepreneurs poorly advised by their law firm? Or are Angels just fodder for follow on investors?

H.R.4213 American Jobs and Closing Tax Loopholes Act of 2010: The House of Representatives is taking another shot at taxing Carried Interest as regular income.  I don't see why this is controversial.  Carried Interest is not Capital Gains.  If you want Capital Gains tax treatment, you should have actual Capital at risk.  Trying to argue otherwise is disingenuous.

I'll be at the Angel Bootcamp in Boston on June1.  It doesn't sound like a regular bootcamp; it starts at noon instead of 4am and I don't expect to have to do any pushups.
Posted by XM Blog at 10:13 AM 2 comments: 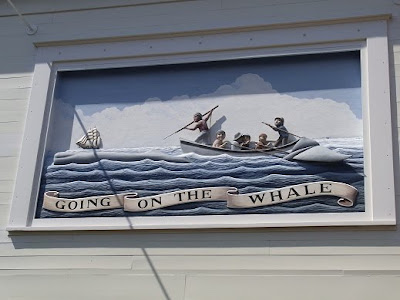 I just returned from the 2010 Nantucket Conference. The prevailing theme was that the "traditional" model of venture capital does not work for software any more, and this creates a golden age for angel investing.

In the 90's, you needed millions to get a software company to market. Today, software startups might need 5 figures to prove a market, 6 figures to launch the 1.0 version. On the other hand, software startups do require a lot of operational help. Traditional VC firms have an impedance mismatch for software startups: they don't need the large amounts of capital that VC firms need to deploy. And since they don't need the capital, a VC partner cannot justify making a large investment of time. So angels (and small vc funds) can step into this void. Angels can invest 5 figures in a true seed round to prove the market, and can spend the time required to provide operational guidance to the team. The challenge for angels (besides coughing up the cash) is picking winners, and cultivating your picks. This was the basic message at a number of panels and side conversations. There is also an angel bootcamp in a month that will hopefully help grow the population of potential angel investors.

A critique of this message is that it doesn't address the concerns of angels. It's all well and good to talk about how angels should take a chance on young entrepreneurs, and how entrepreneurship is our best chance to avoid economic decline in the US. But, unlike a VC, an angel's concerns in priority order are (1) not losing money, (2) making money, and (3) everything else. So angels will tend to be more cautious investors: there is no pressure to deploy capital, there is the normal human loss avoidance behavior, and once you've made your money it's easier to shrug off opportunity loss. So while the community organizing efforts may grow the population of investors, I don't think we should expect that this will make it easier for entrepreneurs to raise capital.

Nor should we want it to. Based on my short experience as an angel, the problem is not enough good ideas and good teams. Northeast Angels gets dozens of submissions per month on Angelsoft. Most of these are weak ideas that are not suitable for investment. Some are good ideas with a good but inexperienced team. I suppose this is the area where a larger population of angels can have the most impact on the economy.

Best (paraphrased) quote from the conference: the participation trophy for life is called a tombstone. (Jason Calacanis via skype)
Posted by XM Blog at 9:05 AM 6 comments:

This describes some work I did in the late 90s. It has some limitations today, primarily because modern object-relational mapping systems, like JPA, do not handle run-time schema changes very well. Treat this as a historical document telling you how enterprise software was built in the days when every company also needed to write its own application platform.